It was past 8.30pm when I arrived at the Malecón. The wide waterfront six-lane boulevard along a wall to protect from the raging Caribbean Sea is quintessential Cuban. It stretched about 8km from Vedado to Habana Vieja. The locals gathered here to cool-off, couples embraced each other and friends chatted and played. Street lights lit up the empty road. The other parts of Centro Habana had very few of these. Today, the ocean waves gently hit the protective wall. Towards Vedado, tall buildings rose along the rocky shores. My first day in Havana had been an intoxicating and enchanting. The romance of old world charm particularly the plazas in Habana Vieja is very tangible. The Cuba that I had experienced today is certainly “lost” in a time warp, going back about fifty years. The people lived out their lives in the open, combined with its crumbling but elegant architectures, it is indeed a living museum. However, change, for better or worse, is inevitable. 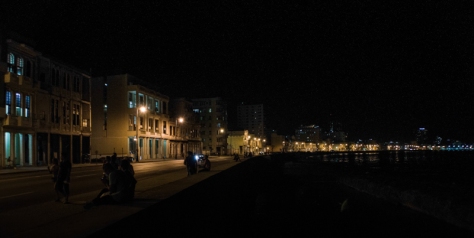 I returned every evening to the Malecón. It has a magnetic effect. Perhaps it is the sounds of the crashing ocean. Perhaps, likes the locals, this is the places to come contemplate, entertain and met people. I loved the idea that anyone could just come here and feel free as the cool breeze refresh the mind and perhaps the souls. One day, a small group of musicians played simple tunes and another a single guy revered up the volume of his radio. This prompted spontaneous dancing by a few. Families gathered with little kids running around giving the parents much need time for themselves. Young men fished on the craggy rocks below the wall. The living density in Habana is cramped and dense. This place offered some respite from your family and neighbours. Strangely, no boats on the water. 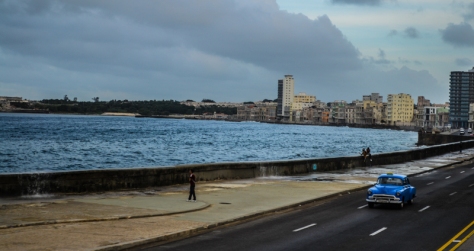 It was a very warm night but I managed to get some sleep. My excitement of being in Cuba had not dwindled. I was on the narrow streets of Centro Habana.  As in the evening, the ‘open living’ style of Cubans played out. While having a chat, they shopped from the mobile sellers. These vendors whistled and called out advertising their wares. Fresh vegetables, bread and few more. People on the upper floors talked through wrought iron guard rails on the balconies. Life here is slow and somewhat mellow. Young children played soccer on the street with a worn-out ball. I know baseball is big in Cuba but I did not see any kids with a ball and a bat. 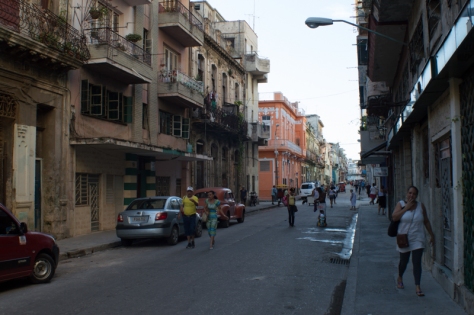 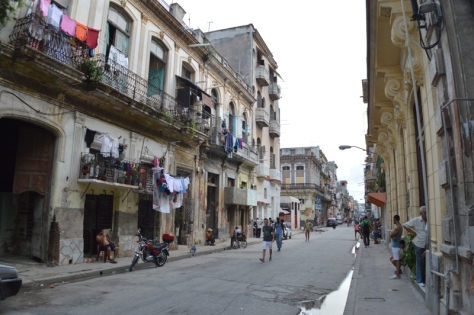 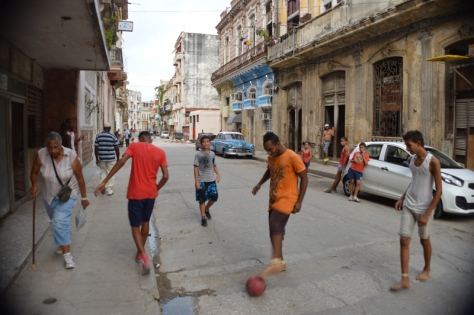